Roxburgh Park is a suburb in 20 km north of Melbourne. It’s part of the City of Hume. Its surrounded by the suburbs of Craigieburn, Greenvale, Meadow Heights, Attwood, Epping, Cambellfield & Mickleham.

Click here to send a message or book an appointment.

Roxburgh Park is located 13km north of the Melbourne’s Central Business District, and currently boasts a population of just under 22,000 residents. This suburban district is becoming an increasingly popular destination for those who commute to Melbourne and have been looking for a more family community environment. Roxburgh Park is serviced by the Craigieburn railway line as well as Somerton Road to the south. Chatfield Chiropractic is about a 10 minute walk from the 541 and 953 bus stops along Somerton Road.

The history of Roxburgh Park can be traced back to the early 1950s. Originally associated with a series of agricultural plots, the Moonee Valley Racing Club purchased this land for a total of £35,000. However, the area remained relatively undeveloped and largely rural until the 1990s. It was developed by Vic urban & was unique with its arterial roads & large open spaces. It attracted a lot of 1st home buyers & young families.

Residents can enjoy a host of activities. Those who appreciate nature often walk along the Broadmeadows Valley Trail; a shared-use path designated for hikers and cyclists. This trail connects other suburban districts around Melbourne. Roxburgh Park is likewise home to the Roxburgh Park Football Club – the Magpies , whose team is associated with the ever growing  Essendon District Football League. Daniel & Janet have sponsored & volunteered for the club, previously assisting with sport injury management. There are a number of sporting groups under the Roxburgh Park banner, including netball, basketball & soccer.

As Roxburgh Park caters to a varied & very multicultural population, this has led to a large, wide diversity of restaurants & cafes. There are also a handful of local attractions to enjoy. In terms of nature, Woodlyns reserve and Shankland Reserve are not to be missed. These large open-air parks are ideal for fitness enthusiasts, family picnics and indeed anyone who wishes to enjoy a bit of fun in the sun. The Chipmunks Playland and Cafe offers a host of fun activities for the younger children while families can likewise visit the Airborn Indoor Trampoline Park (activities include dodge ball, trampoline classes and basketball).

It’s not hard to see why Roxburgh Park is loved by all who live and visit here. 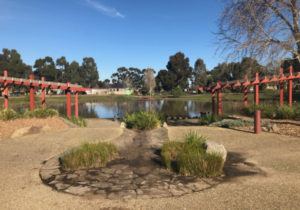 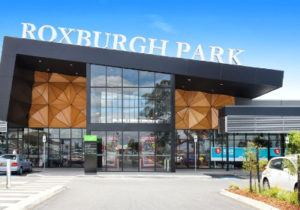