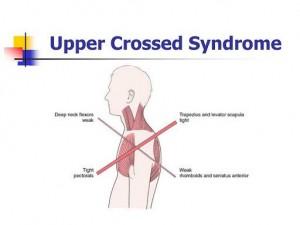 Have you ever found yourself waking up in a morning after having slept badly, only to find that you’re suffering with neck and/or back ache? If so, you’ll know how painful and debilitating it can be, and how difficult it can make life.

Now, ordinarily, if you have a bad neck and/or back, it will correct itself in a day or so and you’ll be fine. In some instances, though, similar issues can result in poor posture, which is when problems really occur.

Here’s a look at what the condition is and how treatments can help.

What is proximal cross syndrome?

Proximal cross syndrome is a condition which affects the muscles located in the neck, back, shoulders, and chest. Typically, they’re so badly affected by the condition that they become deformed.

Usually, the condition occurs as a result of bad posture. The most commonly affected muscles are the trapezius muscles, and the levator scapula.

Typically, these muscles will become strained, then shortly afterwards, you’ll find that the mecoral muscles, both major and minor, are also affected as they become shortened and much tighter.

Because of this, all counter muscles become much weaker and can atrophy because they simply aren’t being used enough. 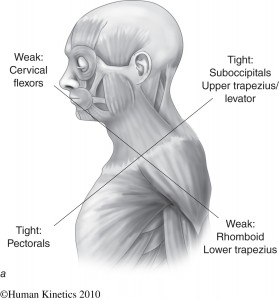 The human head is very large, weighing an average of 10 pounds. Whilst that might not sound like much, 10 pounds is a lot of weight for something as small as the neck to support.

Your neck is designed to rotate an average of 40 degrees either side. You can look up, and you can look down. In fact, you should try to look in different directions as that is why the neck was designed the way it was.

It is not designed to spend a prolonged amount of time supporting an average of 10 pounds, looking down and leaning forward for multiple hours at a time.

Basically, in order for the neck to work, you’ll find that the head needs to remain directly over the midline of your body.

Because so many people work at desks, hunched forwards slightly, looking at computers or down at their phones, their posture remains continually poor, and as a result, proximal cross syndrome can develop.

How can chiropractic treatment help?

One of the best ways of helping to correct proximal cross syndrome and improve your posture in the process, is to undergo chiropractic treatment.