Prescription drug abuse is an increasing problem and can affect people of all age groups, even teenagers. Some people start abusing prescription drugs because they believe the drugs will help them study more effectively, fit in, lose weight and have more fun generally – however this is a very dangerous thought pattern. 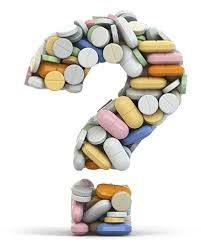 Drugs That Are more commonly Abused:

Prescription drugs that are commonly abused fall into three classes:

These include alprazolam (Xanax), diazepam (Valium) and phenobarbital (Luminal). They are used to treat muscle spasms, sleep disorders, panic attacks, tension and anxiety. CNS depressants increase the activity of the neurotransmitter GABA (gamma-aminobutyric acid). This slows down your brain activity and to experience a calming or drowsy effect. These medications are notorious for being strongly addictive when taken for a prolonged period

Examples of opioids include Morphine, Endone  and oxycodone (OxyContin). They are used to treat relieve diarrhea or coughs or treat pain. Opioids work by attaching opioid receptors in your CNS (your brain and spinal cord) and prevent your brain from receiving any pain messages. 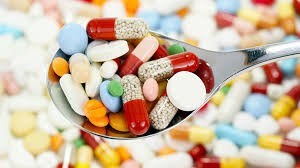 Identifying prescription drug abuse early and early intervention can prevent the problem from becoming an addiction. Abusing prescription medicines has serious risks to your health.

Abusing stimulant may cause seizures or heart failure, like in the case with some attention deficit hyperactivity disorder drugs. These risks are increased if you mix stimulants with other drugs, even over-the-counter drugs. Taking too much of any stimulant can result in an irregular heartbeat or dangerously high body temperature. Taking high doses of a stimulant over a short period can make you paranoid or aggressive. Stimulant abuse might not result in physical dependence and withdrawal; however you might take it so often that it becomes difficult to break the habit.

Quickly reducing or abruptly stopping CNS depressants can result in seizures. Taking them with other medicines like prescription painkillers, alcohol or some OTC cold and allergy medicines, can slow your heartbeat and breathing, and even worse, kill you.

Opioid abuse can result in a decreased inability to think, mood changes, vomiting and even coma, death or decreased respiratory function. This is even higher when you take opioids with other substance like CNS depressants, antihistamines and alcohol.

If you abuse drugs you can easily become as addicted as someone who is using street drugs. You should talk to a medical professional if you think that you have a problem with using prescription drugs. It is easier to tackle this problem early before it turns into an addiction, which can result in more serious problems. In 2016, 1045 people between the ages of 15–64 died from opioid overdoses in Australia, according to the National Drug and Alcohol Research Centre.

In Australia we have a program called SafeScript which provides doctors and pharmacists with information about your medication history to enable them to make better decisions about your care and keep you safe.